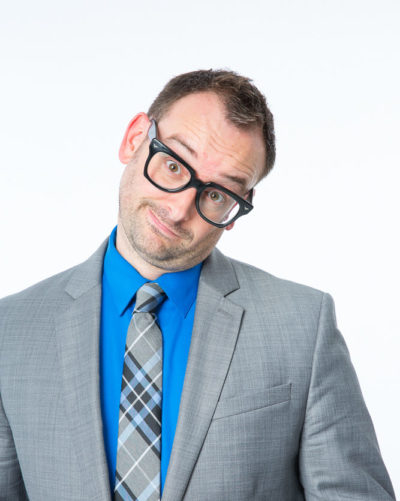 Based in Saint Paul, MN, Kristoffer Olson has performed his comedy magic show for over 1,000 events, from Anchorage to London and many places in between. His corporate and non-profit clients include Thrivent Financial, Metro Transit, Mensa, Illinois Institute of Technology, the Minnesota State Fair, and the Ordway Center for Performing Arts.

Kristoffer embraces improvisation and audience interaction to help make each performance unique and full of energy. His improv style can be traced to his training with Brave New Workshop in Minneapolis, MN.

He also has extensive experience as a mascot performer (though he won’t reveal which ones!) and as a character entertainer for the Saint Paul Saints (see below). These experiences helped define his comedy style and allowed him to hone his chops in audience interaction.

By age 17, Kristoffer Olson had been featured on national TV (Fox and The Learning Channel) and had won numerous awards from his fellow magicians. In Buffalo, NY, he competed against magicians from all over the world to become the International Brotherhood of Magicians’ Junior Stage Champion and a gold-medal finalist among all age groups. He was one of the youngest Americans to be inducted into The Magic Circle, the most exclusive magic club in the world.

Kristoffer has a Theater degree from the University of Minnesota and an MBA in Marketing Analytics from the University of Saint Thomas. The combination of art and science is not happenstance, but a defining character trait. In fact, it is the use of left-brain and right-brain thinking that initially attracted him to magic.

Hire Kristoffer Olson for your next event

Fans of Saint Paul Saints Baseball know him as The Nerd, a character he created to for fans of the funniest team in baseball. You’ll see him dancing on the dugout and leading games between innings.

His own stage persona is less of a cartoon than The Nerd.  Even so, Kristoffer’s own nerdy qualities shine through as a comedy magician and emcee. 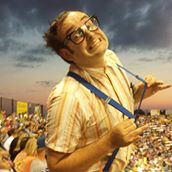 Find out more about The Nerd